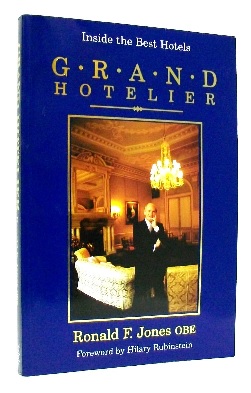 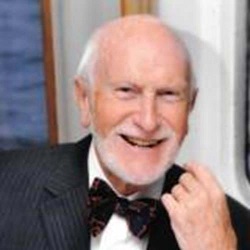 After 75 years in the hospitality Industry and now 94, Ron talks of how he survived his part in the second World War.

From the outset of his career – in 1941 in his home city of Liverpool as a junior control clerk at what was then one of the country’s swankiest hotels, the Adelphi – it was clear that he had ambitions to reach the top. He was just 15 years old and earning 16 shillings a week.

“How could I have imagined, that first day, a nervous 15-year-old trainee at the Adelphi hotel, Liverpool, the rollercoaster of a ride that was to come?

At 19, huddled with dozens of other Royal Navy recruits in the chapel of the battleship King George V in mid-Pacific while a kamikaze pilot in a plane full of explosives did his best to end his own life and ours on our quarter-deck?  All I could do was pray I’d live to see 20!

The hotelier – who has overseen countless award-winning hotels including Claridge’s, Gleneagles and the Royal Garden Hotels London

He was named The Caterer’s Hotelier of the Year in 1988, during his 10-year stint at the helm of Claridge’s, which he joined in 1984. He was awarded the OBE in 1989, was a visiting fellow of Oxford Brookes University, received an honorary doctorate from the University of Derby, and became one of the early intakes of the Master Innholders.

He served as a Director of Dormy House hotel in Broadway, Worcestershire, from 1995 to 2010.

Ron has co-authored several books including ‘Grand Hotelier: Inside the Best Hotels’; and ‘The World on a Plate’ (relating to his experiences as a guest lecturer on cruise ships, and of ‘accidentally’ managing a plantation house hotel, in Louisiana).

The success that came his way was based on a philosophy of putting as much effort into looking after and caring for the staff as he did for the hotel guest. “A genuine interest in the welfare of both guests and staff is a prerequisite of good management,” he says.