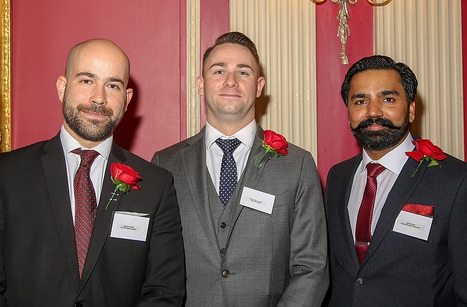 It is the second year of the award scheme from the Gastronomes, believed to be the oldest professional culinary organisation in the UK.

Alison Frith, Vice-President and member of the judging panel, said: “We interviewed our six shortlisted candidates and were very impressed with all of them. It was encouraging to note that we were unanimous in our choice of the final three this year.

“But we have a truly stellar line-up of highly experienced hospitality professionals, all with very strong track records. I fear the next decision will be far more difficult!” 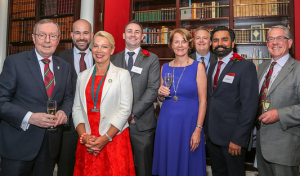 All three finalists are invited to attend the 100th Annual Banquet at Draper’s Hall in London in November, at which the winner will be announced.

The winner receives invitations to attend five further Gastronomes events in the following year, plus benefiting from mentoring and networking opportunities throughout from the membership. In addition, the winner will be given associate membership of the Réunion des Gastronomes for up to two years.

There will also be the opportunity of up to four two-day placements (stages) with expenses, across a raft of different industry sectors.

“The total prize value for the winner is believed to be worth in excess of £3,000 but the mentoring and potential career enhancement offered as part of the prize is priceless,” said Wallace Vincent, Gastronomes President and a member of last year’s panel.

The judging panel comprises: Alison Frith, Managing Director of Artizian Catering Services; Hospitality Consultant Theresa Maw; Serge Pradier, General Manager at the Institute of Directors and immediate Past President of the Réunion; and John Cousins, the Chair of the Judges, Director of the Food and Beverage Training Company.

Last year’s winner, Raúl Martinez of the Arts Club in London’s Mayfair, has just completed the first of his stages. The first was at the Dorchester and 45 Park Lane, and the second will be at Grosvenor House, a JW Marriott hotel, in London.