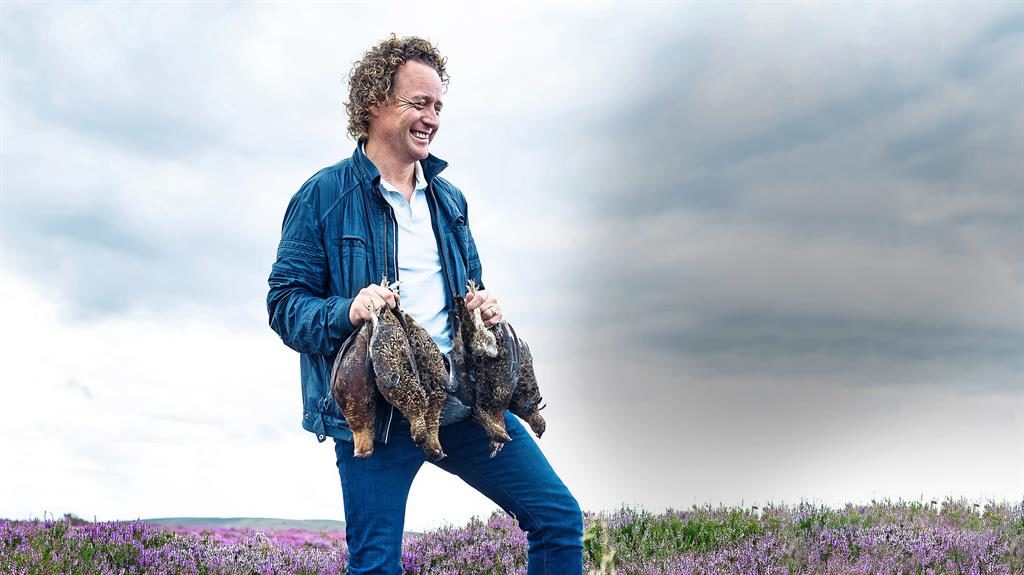 TOM KITCHIN is lugging a crate of grouse into the restaurant, hurling insults in French as young chefs race down the pavement shouting: ‘Chef’s back! Get f***ing plucking!’

Feathers fly and before long the Michelin-starred chef is in the kitchen, butchering the birds. He cuts open the sack at the neck, known as the crop, and out spill purple sprigs of heather.

‘It must have grazed this morning,’ he says, softly. ‘That is how fresh it is.’

Just an hour before, Tom was posing on the same heather moorland, looking windswept and handsome with a handful of grouse in his hand, still warm. In the background, as we chat, the guns are popping as grouse hurtle over the moor. I’m with him on August 12 — the first day of the grouse shooting season, known as the ‘Glorious 12th’.