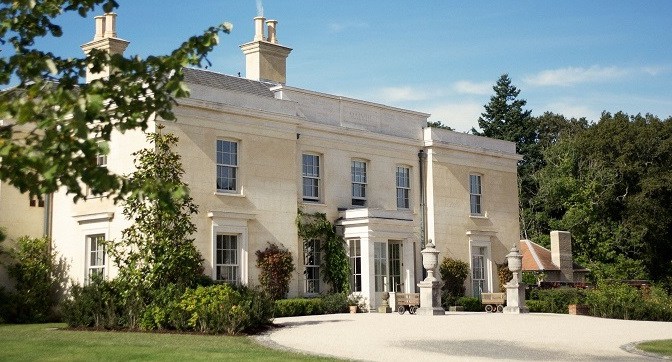 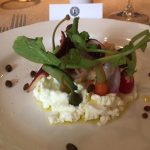 The Reunion Summer Outing gives members the opportunity to escape their usual hectic work schedule by taking a day out into the outer reaches of Central London where most of our events are held during the year. It also gives Members who live out of London an opportunity in some cases of being near the venue chosen. This year was no exception and allowed many criteria boxes to be filled and was complimented with the opportunity of Fellow Gastronome  Kenneth Spier to offer hospitality at Lime Wood Hotel & Spa in the New Forest. 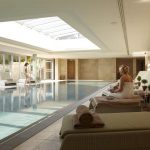 The New Forest now a National Park was proclaimed a Royal Forest in about 1079 by William the Conqueror. It was used for royal hunts, mainly deer. The Forest is Common Land and those rights were granted around 1698. 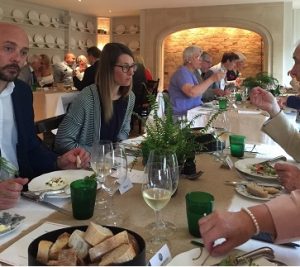 Lime Wood chronicled as a hunting lodge as far back as the 13th century has gone through several reincarnations and was reclaimed for Royalty by the Duke of Clarence in the 1740’s. Since then it has gone through a period of being a private residence and subsequently a hotel. The present Regency Style building virtually reconstructed and given a 35 million makeover given away by the clear MMXVII inscription above the entrance and confirms Lime Wood’s youthfulness. Since then it has continued to evolve with contributions from well known designers and the collaboration of Celebrity Chef Angela Harnett and Chef Luke Holder. Stylish foods often with an Italian theme are prepared using local ingredients.

Stylish Reception Rooms, Elegant Bedrooms, a Spa, Cookery School and Private Lodges all set in the seclusion of landscaped grounds, provide a haven and opportunity to step off the treadmill of today’s fast lifestyles. 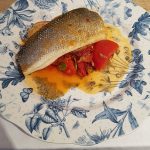 Regrettably we were not to be blessed with a sunny summer’s day, but clouds and showers. The planned reception in the Greenhouse was relocated to one of the Main Building Reception Rooms, where we were greeted and welcomed by Kenneth and his wife, as well as a glowing log fire. The ambience everywhere being of elegant casualness, as well as being chaperoned by helpful and enthusiastic staff ensuring, our visit was to be an experience and of course it was. Kenneth supplied a précised history of the property and how it had moved forward in its development since his tenure. We were then ushered into the Scullery for Lunch.

Our Menu was devised by Chef Luke Holder

Reception drinks and canapés were served,

Tartare of Fish, Apple and Sage

The usual speeches – Loyal Toast and Sante du Chef and Service were executed and the day continued.

After Lunch a guided tour of the property as weather permitted. The Herb Spa, Bedrooms, Private Rooms, Gardens, Cookery School and the Wine Cellar. 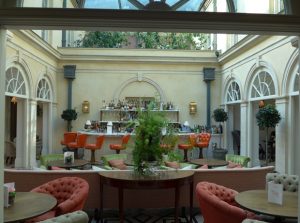 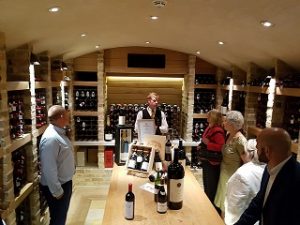 We were given an animated introduction to the wine purchasing philosophy of Lime Wood as well as seeing one of their prize wines a Romanée-Conti  1998 valued at mere £10K.

We returned to our log burning Reception Room for tea and copious slices of homemade Victoria Sponge and Lemon Drizzle Cake before setting out sites on the road home to Dear Old London Town.

Many expressions of thanks and pleasantries were extended to one and all as some departed homeward bound and others having taken the opportunity of an overnight stay to their rooms.