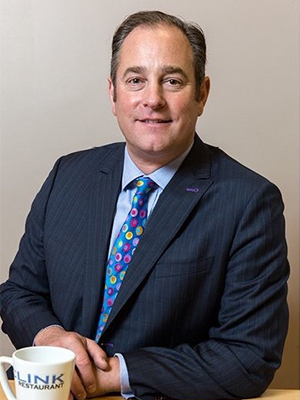 Christopher Moore has more than 30 years’ experience in the hospitality industry having previously worked for Fenwick Ltd – the UK’s largest independent department store group – for 13 years as Head of Group Restaurants. Here he created and operated 37 restaurants across 12 UK sites.

Prior to this, Chris worked at Harrods Ltd for eight years as Restaurants General Manager and developed the in-store restaurants and food hall eateries. Chris also worked for the Hilton Hotel Group for five years in the UK and Holland and trained with the Holiday Inn Hotel Group in New York.

In 2010 Chris was appointed Chief Executive of The Clink Charity as part of a long-term plan to expand the prisoner training concept across Her Majesty’s Prison Service.

His main role is to focus on increasing awareness of the work and skills being developed across The Clink training schemes as well as garnering support from the catering industry and securing the necessary funds for expansion.