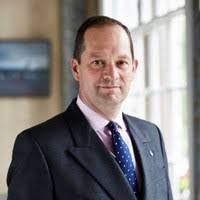 After Westminster College, Miles joined The Connaught Hotel on a management training programme for five years, including a placement year in Switzerland. Returning to the UK in 1989, his first management position was at The Connaught as Assistant Reception Manager. Miles was appointed Manager at Gravetye Manor in West Sussex in 1993, returning to London in 1996 in the role of General Manager at The Oriental Club in Stratford Place. He was appointed General Manager at 47 Park Street in 2000, before moving on to the Marriott Hotel Park Lane as General Manager, where he remained for 8 years.

Miles is a Master Innholder and Freeman of the City of London and lives in Hertfordshire with his wife and two daughters.