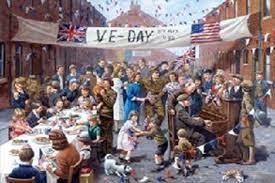 When war was declared in September 1939, we had no idea how long it was going to last. Indeed, as we leave May 2020 having celebrated the 75th Anniversary of Victory in Europe Day 1945, we are indeed facing our own battle with the Corona Virus Pandemic. We don’t know how long it’s going to last, how or when we will be resuming our lives again without lock down or social distancing. Many of our members are continuing to support the NHS and their own communities in whichever way they can. Many adapting to new ways of working and embracing new technology and work protocols, which we’re having to learn amazingly fast.

The Livery Companies of the City have rallied too. The Bakers Company have been working with the Shoreditch Trust, providing over 150 loaves of bread a week to be used in emergency food parcels for people. There is also an NHS Livery Kitchen Initiative which is supported by over 25 different Livery Companies that are providing over 600 meals a day to London hospitals. This initiative was initially led by the Drapers Company, Grocers Company and Merchant Taylors. They’re providing individually packed meals from their kitchens in the City to reduce the burden on hospital canteens to provide a moral and immunity boost through a delicious meal. This initiative has also been cemented by the Hackney Carriage Drivers Company who have been driving chefs and staff to kitchens so that they can avoid public transport. 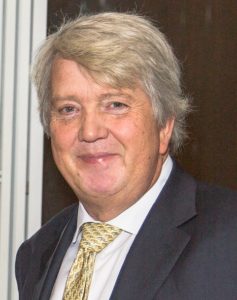 Gastronome, Mark Groves of The Cook and the Butler and the Cooks Company are supporting the Outside Project supplying and delivering 50 meals a day. The Outside Project is the first of its kind in the UK. They work in partnership with Stonewall Housing, who have been supporting LGBTIQ+ homeless people in London for 35 years and are funded by the community and the Mayor of London. 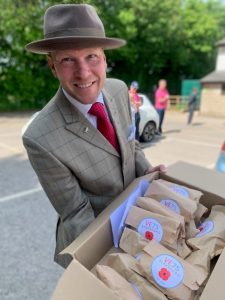 Gastronome Mark Emmerson who belongs to an organisation called the Alresford Pigs Association. They raise funds throughout the year and support local residents financially. They had planned VE Day celebrations, but of course these were postponed so their team rallied and delivered Afternoon Cream Teas to the over 75’s –  the scones being made by local cafe and the requests ended up as being over 500!! 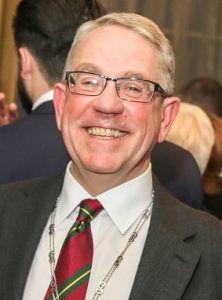 Gastronome,  Diane Rollinson, Sales Director with CH&Co. Their Education Division have been feeding children of key workers. Their Hospice Care Homes and Healthcare Teams have been going above and beyond often with difficult circumstances.

Most recently, they have been exceptionally proud that they have mobilised catering options at two NHS field hospitals – The Dragon’s Heart Hospital at Cardiff’s Principality Stadium and The Nightingale Hospital in Harrogate.

In London, their Wimbledon production kitchen is supporting Compassion London; a charity that aims to get right to the heart of food shortages amongst the most vulnerable and needy.  The team has enabled Compassion London to extend its reach through a significant volunteering programme. Chefs and volunteers are making over 1,000 freshly cooked meals per day to be delivered to the doorsteps of the elderly and those socially shielding, and to those who simply cannot access food supplies due to mobility issues or financial limitations. 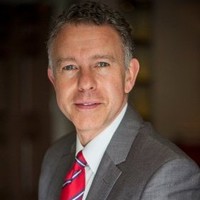 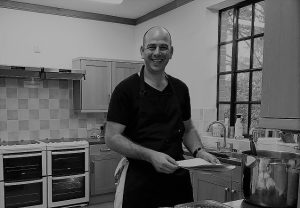 Gastromome Rob Kurz, started out with a little idea using up surplus food and cooking a few meals a night for some vulnerable people in his community – this has grown into their “Community Suppa”. 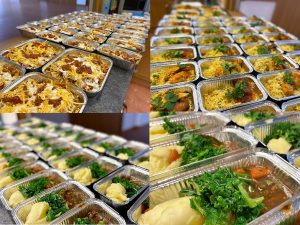 They are now supply 50 meals a night, 20 of which go up to the Nurses and Midwives at St Heliers Hospital (as they can’t access their staff canteen due to being in a separate part of the hospital) and about 30 delivered to local people in the community that either live alone or are struggling in some other way.

Relying predominantly on food donations via FareShare delivered the previous evening, they make up the meals and box them up Ready Steady Cook style depending on what ingredients they have.

So far, they have provided more than 1,500 meals since the beginning of April!! (as of 7th May)

What’s been really rewarding for me is the way good food can bring people together, not only supporting those in need, but helping people contribute to their local community, the offers of support and help I have received to deliver, collect donations, even wash up has been overwhelming! 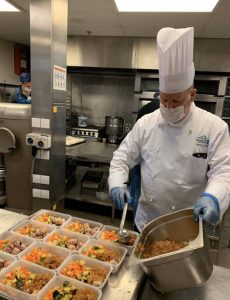 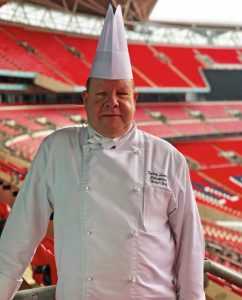 Gastronome Harry Lomas at Wembley Stadium working with Compassion London through the TudorFood Initiate providing 1,000 meals a day in and around Watford