Tribute to Past President Alan Fairbrass 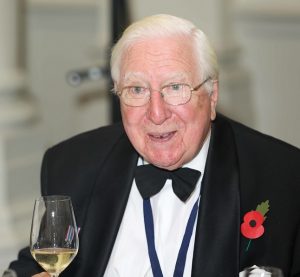 Whilst we may not be able to give Past President, Alan Fairbrass the send-off he deserves, just yet, I can confirm that Neville Watson will be representing the Reunion des Gastronomes at his cremation as one of the ten allowed attendees. Be assured, we will take the opportunity to celebrate his life when we are able to and I look forward to that event later this year. 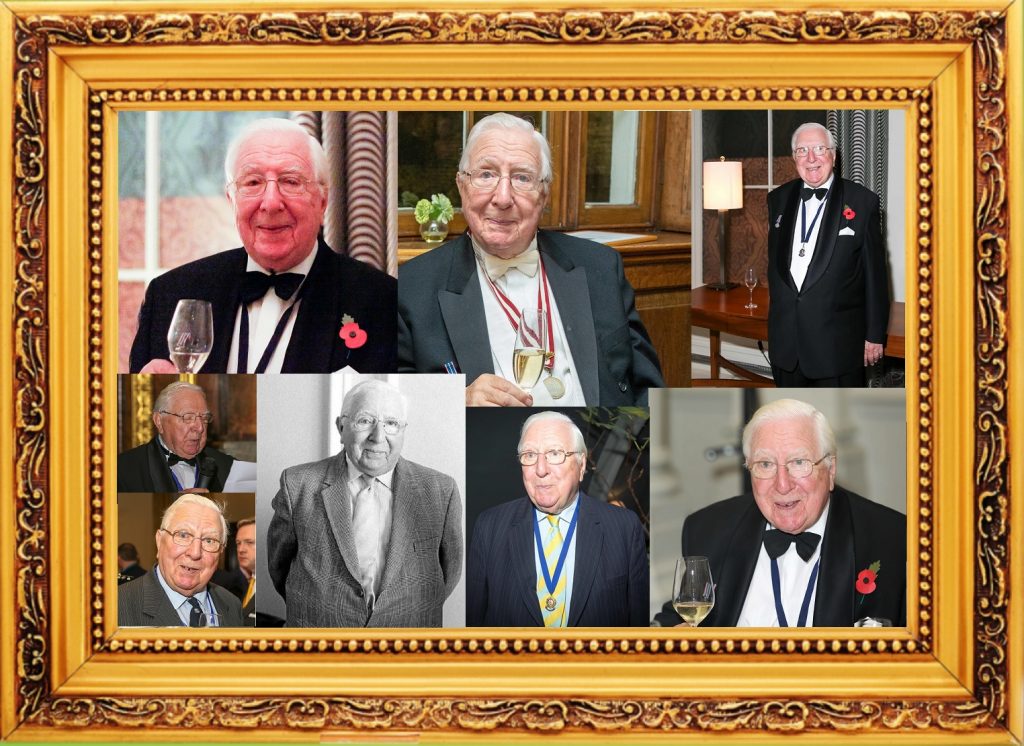 It is so hard to capture in words the depth of our Past President, Alan Fairbrass’ positive influence and achievements throughout his life, yet thanks to Neville Watson and some of our fellow Gastronomes we have the following wonderful and fitting tribute to share:

I have known Alan since I was a seventeen-year-old schoolboy as he was one of the Assistant Mangers at the Charing Cross Hotel in 1953-54 which my father managed.  One of his colleagues was William (Willy) Wainwright who was also a Gastronome and died a few years ago.

By this time, he had completed the full course at Westminster Hotel School and his national service in the Army Catering Corps. He joined on 23rd August 1951 and met Gervase Craven and they became lifelong friends and both members of the Reunion.  He was posted to Scotland as a sergeant cook instructor.   His early career included positions at Browns, Park Lane, Kensington Palace and Stratford Court Hotels.

One of the highlights of his time at the Charing Cross Hotel was to engage a Miss Josephine Vivian as a trainee/junior housekeeper.  He recounted the story that Miss Vivian was accompanied by her rather formidable mother who promptly interviewed Alan to see if the hotel was suitable for her daughter, which she graciously decided it was.

Alan’s career with British Transport Hotels also included a spell at the Great Eastern Hotel at Liverpool Street and as manager of the Station Hotel, Dumfries where he made many of his friends most welcome.  There is a story about the time he welcomed Miss Vivian to the hotel, but that is for another day!

He left Dumfries to join Tony de la Rue at the Westbury in 1961 and eventually succeeded him as manager.  The hospitality in the cellars at the Westbury was legendary for many of us when we passed through London and called in to see Alan.  This was where he met the Revd. Prebendary Bill Atkins which started a long association with St George’s Hanover Square that included being a Church Warden between 2002-2006 and a faithful server right up until a few weeks ago. He assisted with the services as Bill Atkins became frail, helped John Slater during his terminal illness, and appointed Roddy Leece – guiding him wisely into his role as Rector. Above all Alan had a pastoral heart, always discreetly noticing and helping others in their need, preparing thoroughly for even the most modest tasks for the Gastronomes and Cooks, and always asking for prayers to be said for sick and departed members. It was this friendship that evolved into St George’s becoming the Gastronomes Church. The Rector is an Honorary Member of the Reunion and hosts our annual service of thanksgiving every December.

After the sale of Knott Hotels to Trust House Forte in 1977 Alan left the Westbury.

His subsequent career included a period as Secretary of Bucks and a decade of consultancy to the industry.  The British Tourist Authority awarded him a bronze medal for his assistance with the ‘Come to Britain Campaign – Great Hotels of London 1975.’

Alan joined the Worshipful Company of Cooks of London as a Freeman in 1971, he became a Liveryman in 1991 and was elected Master in 2009.   Before Alan took office, he phoned me to ask my permission to invite my wife to be one of his consorts during his year of office.  Of course, I was delighted for Jo to assist him.  His other consort was Dame June Whitfield.  As he had two consorts with the same initials (JW) Jo became ‘mistress du jour’ and June was ‘mistress du nuit’, so he knew who was accompanying him to each function.  During his mastership Alan worked hard to forge links between the Cooks’ Company and the civilian and military catering organisations and establishments.  He was not frightened to break with tradition, which is quite difficult in the City, but he took his Company Dinner out of the City to the Hyde Park Hotel (now the Mandarin Oriental).  There was concern about being on round tables instead of the traditional sprigs, but the evening was a triumph.  Michael Thatcher tells me that at one of his last attendances at a Cooks’ function they were both charged with entertaining the Royal Air Force prize winners, which Alan did in his inimitable style.  He possessed a fund of great stories that kept them all amused.  He was subsequently invited to become the Company’s Almoner, a duty he undertook with his usual care and attention to detail as was shown in his reports to the Court.

Alan joined the Reunion des Gastronomes in 1967 and was elected President for two years in 1980.  His 50th anniversary as a Gastronome was marked in 2017 with the presentation of a past president’s gold medal at a celebratory dinner in Innholders’ Hall, celebrated also with past presidents George Goring and Chris Briere-Edney.  He was for many years our Honorary Almoner and was assiduous in his duties in caring for our members who were unwell or in need of our assistance.  The number of bottles of Champagne he sent out was legendary.

One of the last times I spoke to him was prior to this year’s AGM on 9th March when he dictated his report for me and give his apology as he was not feeling well enough to attend, the first time he had missed an AGM in fifty years.

We will miss him; his contribution over fifty-three years was immense.  He researched our history and we hope to continue his work.  He was a true gentleman, caring and compassionate, and a stalwart of the hotel industry.

He leaves behind Jules Dawton his partner for over thirty years; they would have celebrated the tenth anniversary of their civil partnership on 20th April.

With my thanks to fellow Gastronomes Gervase Craven, Roddy Leece and Michael Thatcher and of course to Jules Dawton.