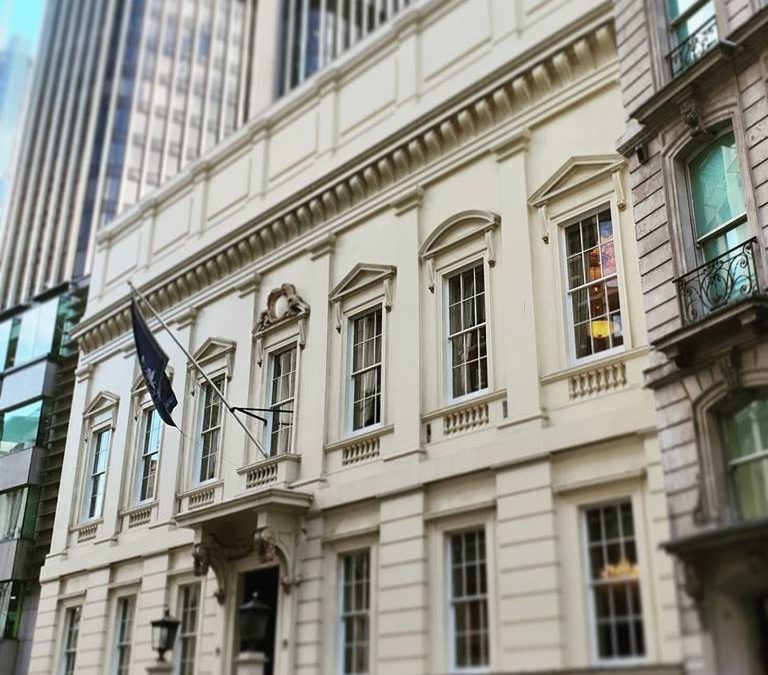 Founded in 1832, The City of London Club is the oldest in the City of London.  From its inauguration it had had a recognised status of character and dignity and its members are proud of its traditions and associations. More information on the club can be found at:  http://www.cityoflondonclub.com

Sparkling wine was served, together with a very generous selection of canapés, including smoked salmon, foie gras, tomato and bocconcini, and cocktail sausages. 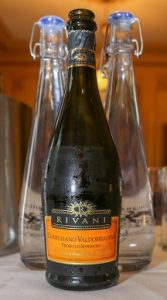 Moving through to dinner, members and their guests were welcomed by the President, Wallace Vincent, and Fellow Gastronome Edward Plunket, the Club Secretary, who gave a fascinating introduction to the club and its history.

Grace was said by: The President, Wallace Vincent.

Beautifully presented and it looked at good as it tasted. Refreshing garnish and the addition of the warm bon-bon was a nice surprise and enhanced the dish.

Highly regarded expression of Chardonnay made in selected communes of the Mâconnais area of southern Burgundy. The wine was lightly floral and fruity, with a warm hint of citrus fruit and a gently nutty character. 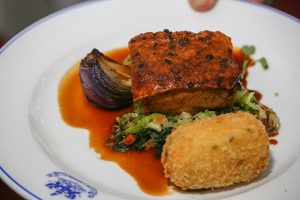 Perfectly cooked belly of pork with very crisp crackling, served on a bed of savoy cabbage, with flavoursome sauces, and a celeriac croquette. 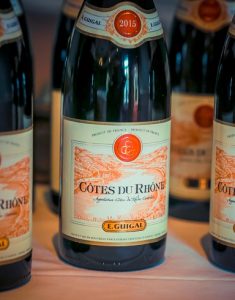 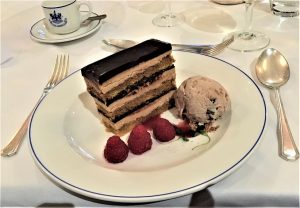 Service continued with generous portions of this wonderfully decadent and rich French cake, made up of layers of joconde (almond sponge) soaked in coffee syrup, layered with chocolate ganache and coffee buttercream, and topped with a chocolate glaze. 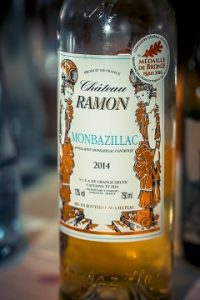 Classic blend of Sauvignon Blanc, Semillon and Muscadelle which gave a luscious,   silky texture and rich aromas of candied lemon, marmalade, apricot and honey. A wonderful balance of sweetness and acidity with hints of spices. 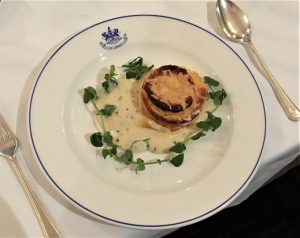 Among the kitchen’s greatest challenges this soufflé was well cooked and presented and delightfully flavoured.

The wines were rounded off with this stunning example of Late Bottled Vintage Port   from the award-winning Kopke Port house. A luscious wine with intense ripe black fruit, and hints of balsamic vinegar and spicy black pepper.

The meal was completed with Coffee and a selection of Petites Fours.

The Loyal Toast was proposed by: The President Wallace Vincent.

The Toast to the Guests was proposed by: The Vice President, Alison Frith.

Great appreciation was shown by those attending to:  Fellow Gastronome Edward Plunket, the Club Secretary, for hosting the event, Executive Chef, Adrian Matthew and his team and Operations Manager, Andy Draper and his service team in the room.  Also assisting in the room was Fellow Gastronome, Didier Felix.