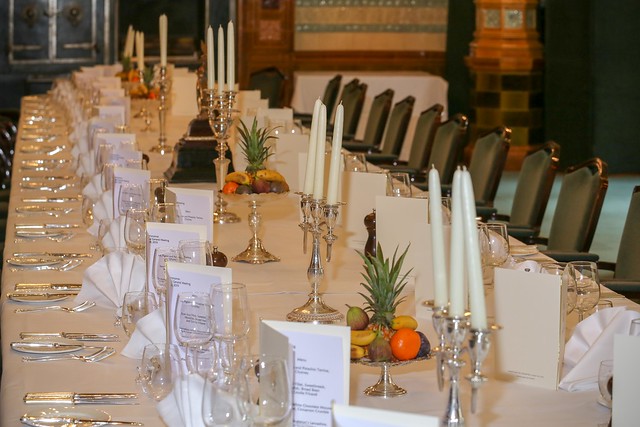 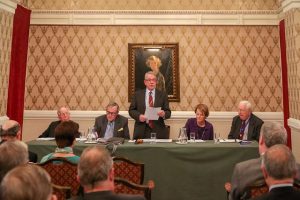 How fascinating it is that when I confronted a fellow Gastronome only last week enquiring if they were attending the AGM and dinner, they looked quizzically at me wondering what I was talking about. More importantly I am humoured by the terms of endearment people use, or should I say colloquialisms that people use as jargon, when referring to familiar things or people especially when stored in technological instruments of communication. I have seen Les Réunion or just plain gastronomes but this one was unique to me – the Gnomes!

It brought a smile of merriment, but I pursued the seriousness of the conversation.

What value is there I wonder in belonging to an organisation like the Réunion des Gastronomes? You might think it is just a rather grand old-fashioned dining club full of stories of a bygone time or a room full of wisdom, experience and enthusiasm. It is an enchantment of fantasy that may be just what you put into it.

For sure if you don’t put your toe into the water you will never know how warm it is or even how deep.

Being high in the tree of an organisation can be lonely, daunting and very solitary and it is only when you enter a room full of people that are also high in their own tree you can really see a full perspective when you communicate and find they have similar problems to your own. That forum is rare and is one of the special attributes of the Gastronomes. 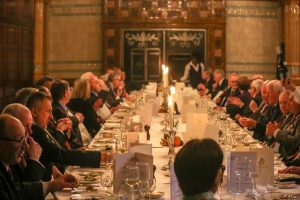 Whilst we gather in different establishments for the benefit of fellowship and dining – hopefully good wine and good food being the fulcrum, the diversion and the reality is the benefit of the conversation – unconditional – uncommitted and informative, away from the everyday buzz of our own daily working environment.

So, we gathered on Monday evening. Primarily our annual gathering to reflect on the previous year, accept the accounts and nominate and approve the people to serve as the officers for the ensuing year, guiding us on our journey. This year was preceded by an Extraordinary General Meeting to approve an additional amendment to the governance of our fellowship which was approved by overwhelming majority making for more flexibility in attracting new members. Recognising that there are several senior managers that do not have F&B backgrounds but never the less are pioneers and major contributors to our industry. They would not qualify for membership under the previous rules but may now be considered by the committee for entry. In addition, the recognition of younger, enthusiastic food & beverage professionals making waves in the industry as they progress up the ladder of success. This too may be considered as an entry level to our much-coveted fellowship. All at the discretion of the elected management committee and with strict guidelines and criteria that are written down and not hearsay. 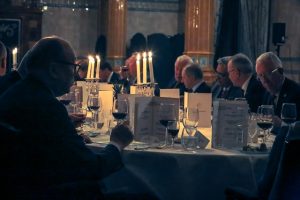 Business done and the time arrived to retire to the Library of the National Liberal Club for drinks, our host Past President Simon Roberts slightly concerned at the length of time the reception might take and the members’ imbibing capacity.

Order was called and the throng filed through to dinner. The customary long table embellished with branched candelabra, club regalia and large martini cocktail like glasses filled with mounds of fresh fruits. The table laid with silver cutlery, sparkling glassware and pristine folded napkins. We stood for Grace delivered eloquently by the Almoner and so we sat. 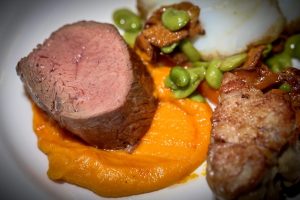 The President stood and asked all to join him the Loyal Toast swiftly followed by toasts proposed by Matthew Bates to the country members, Marcus Appleton to the town members and Nigel Shepherd to the retired members. The President then complimented Chef Mark Everest and Head of Service Sandra Carey (who retires from the Club in July after 34 years loyal service) and proposed Santé du Chef and Service.

The raffle was drawn and won by member Francois Ginther who immediately put the prize, tea for two at The Savoy, up for auction and which was won by member Andrew Etherington for a generous £100. Some were already drifting into the night air to catch trains and transport homeward bound, others lingered enjoying the conversation, camaraderie, continuing to enjoy the generous hospitality of our host. 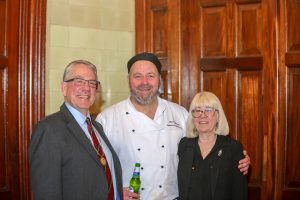 Another successful AGM and dinner had passed in what seemed a milli second of time but leaving a lasting memory of networking and interaction between fellow ‘Gnomes’.