Members in the News – Stuart Johnson 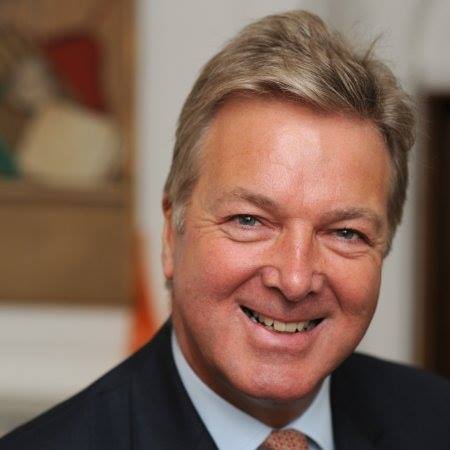 Rocco Forte Hotels is delighted to announce the return of legendary hotelier Stuart Johnson to Brown’s Hotel as Managing Director effective 3rd September 2018. Mr Johnson’s appointment to head Brown’s Hotel demonstrates the special place the hotel holds in the hearts of not just its loyal guests, but also the hotel industry in general.

Considered the epitome of elegant English hospitality, the renowned Brown’s Hotel was established in 1837 as the first hotel in London and became part of the Rocco Forte group in July 2003. Johnson, who was named 2012 Hotelier of the Year by Caterer and Hotelkeeper, will be responsible for the 115 elegantly appointed rooms, 33 sumptuous suites, 6 meeting and event spaces, the iconic English Tea Room, the stylish Donovan Bar, The Spa and Beck at Brown’s by Heinz Beck – the hotel’s new restaurant serving the best of seasonal Italian food.

After serving as the General Manager at Brown’s for 11 years, Johnson left in 2016 to take up the role as Project Manager for Rocco Forte Hotels. In this role he oversaw the development of The Westbund Hotel in Shanghai that is due to open summer 2019. Additionally, he served as interim General Manager at The Assila Hotel located in Jeddah, Rocco Forte’s first hotel in the Middle East.

On his new appointment Johnson said:

“I am pleased to be returning to Brown’s – a hotel given my previous tenure that is very close to my heart. I re-join a passionate team with a new restaurant, Beck at Brown’s by Heinz Beck and the recently redesigned Donovan Bar headed up by Salvatore Calabrese. I look forward to leading Brown’s through the next chapter of its already rich history and maintaining its reputation as a pillar of excellence in the world of hospitality as a leading luxury hotel on the international stage.”