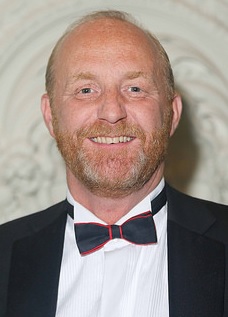 Daniel Ayton has been a member of the Reunion Gastronomes since 2012 and is also the World Senior Vice President, of the World Master Chefs Society and UK president of the disciples Escoffier. an experienced chef with over 30 year’s extensive experience in fine dining as well as banqueting operations working alongside such chefs as Pierre Larapidie of the George V, Paris; The Grosvenor House Park Lane; Hotel Des Burgues Geneva, & the three Michelin starred Paul Bocuse Lyon; he setup Chefbytes, in 1993 which specialises in the design, strategic management, menu sampling, and ingredient organoleptic sampling, judging and media work. He has been privileged to cook for The Queen, Prince Phillip, Prince Charles and the Duchess of Cornwall and many Heads of State during the 2012 London Olympic Games; the Moroccan Royal family for the film festival at the Taj Marrakech. And appeared in the UK Master chef as a host Restaurant in 2008 & 2012

Daniel has received many awards including; the Palmes Culinaires from the Conseil Culinaire Francaise de Grande Bretagne for services to Catering; A Fellowship of the Craft Guild of Chefs; A Fellowship of the World Masterchefs Society; fellow of the institute of hospitality; fellow of the royal society for public health; and a member of Master Chefs of Great Britain; in 2010 was awarded the freedom of the city of London, 2011 gained the Palme Culinaire, and in 2016 was made a Disciple des Escoffier.