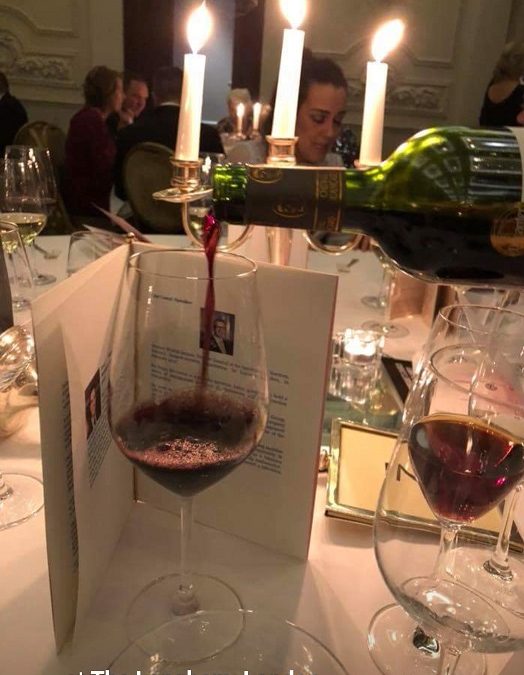 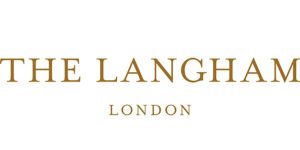 Our 99th Annual Banquet was held, for the second consecutive year, in the Grand Ballroom of The Langham, London.  The hotel has five star classification and boasts the Artesian Bar, Roux at The Landau Restaurant and a private dining room created by interior designer the late David Collins. 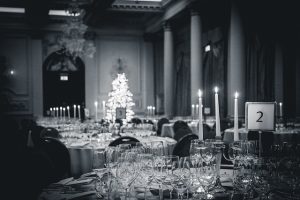 The night of our banquet proved memorable in many ways: a terrorism scare at Oxford Circus underground (luckily a false alarm) caused total havoc with transport, but most of our intrepid guests managed to arrive in time to enjoy a glass or two of J. de Telmont Grand Blanc de Blanc, Damery, Champagne 2009.  This blend of renowned Chardonnay crus – the fruit of a single great year – was perfect for the canapés, which included smoked salmon cones and melt-in-the-mouth pieces of belly pork.  President of the Réunion Serge Pradier and President-designate Wallace Vincent welcomed the guests, who included the three finalists of our inaugural President’s Award (of which more, later). 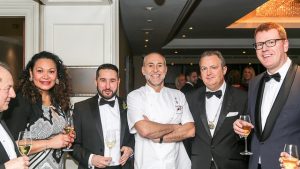 They were also joined for a photo with Michel Roux Junior, who briefly stepped out from the kitchen to welcome them.

Moving downstairs to the ballroom, Vic Laws said Grace and we settled down for our meal.  John Cousins, chair of the judges for the President’s Award, introduced each finalist and they were invited to the dais to be presented with their certificates by Serge. 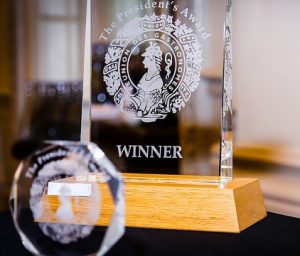 An appetizer of burrata, watercress pesto, crisp kale and hazelnuts was the perfect start to our meal. The crunchy kale, and texture of the toasted hazelnuts offset the cool creaminess of the burrata and the watercress pesto gave a subtle peppery note.  It was served with a Baccalo Bianco, Veneto 2016 that impeccably matched the dish. 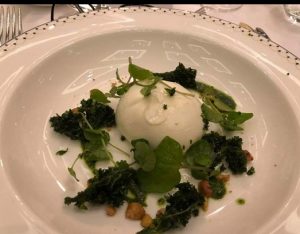 Moving on to the confit salmon, oyster emulsion, crisp wakame seaweed and pickled fennel, we were served Grande Réserve de Chateau Beauchéne, Rhone 2016. With its zesty, lime notes at first, developing further into an apple core flavour, long and balanced was the perfect partner for the salmon, which had been cooked just to perfection and was a highlight of the meal. 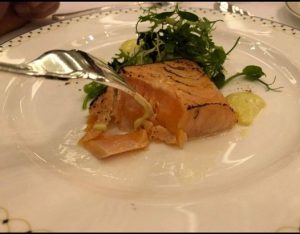 The main course of roast fillet of beef, roast garlic mash, wild garlic capers and cavolo nero was divine.  The melt-in-the-mouth texture of the beef and the clever use of just enough garlic to raise the intensity of the beef flavours, paired beautifully with a stunningly good cru bourgeois Haut Médoc 2010 from Chateau Tour St Joseph. 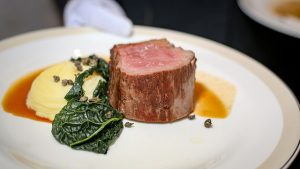 The Loyal Toast (accompanied by a glass of ten year old Kopke Tawny Port), was proposed by Wallace Vincent.

Finally a dessert of Cinnamon Spiced Tanariva Cream, pear sorbet and honeycomb (served with Vina Casablanca Late Harvest, Casablanca Valley 2015) was a triumphant end to a wonderful meal.  Beautifully presented, it hinted at the Christmassy flavours soon to be enjoyed by us all, but was light and refreshing. 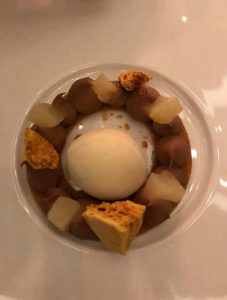 At an appropriate break during the meal, Serge welcomed guest speaker Stephen Martin, Director General of the Institute of Directors.

Stephen commented of the superb quality of the wines – the delicious champagne from Delibo and the lovely wines from Hayward Bros. He thanked the Langham (admitting that this was, surprisingly, his very first visit to the hotel).  He then highlighted the calibre of entrants for our President’s Award and underlined the importance of professional development in a career path.  The fact that the winner of the award wins the chance to experience different sectors of our industry is such a great opportunity. 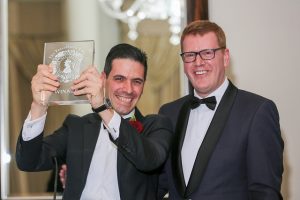 He reflected on his appearance in the TV programme ‘Back to the Floor’ and how taking him out of his own comfort zone had helped his understanding his business, and given him the confidence to apply solutions. Helping businesses offer employees the chance to enhance their skills is in everybody’s interests, he said, and his work with the IoD is so important in encouraging the government to support this, as apprenticeships are crucial to today’s and tomorrow’s business success.

Serge then thanked Michel Roux and his team for the delicious meal and Mare Wessels, director of catering conferences at The Langham, for her help in arranging everything.  He welcomed, and commented on the number of, past presidents present at the banquet.  He said how fast his time as President has flown and how pleased he was that his wife Alex had travelled from their home in Bordeaux to be there that evening. 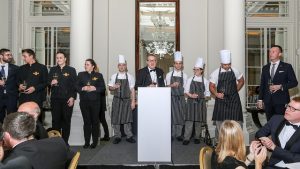 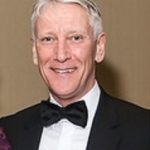 GM of Mint Leaf Restaurant and presented him with his tie, badge and membership book. L’Escargot was awarded the Order of Excellence for the outstanding  grouse supper for members in September and Gastronome 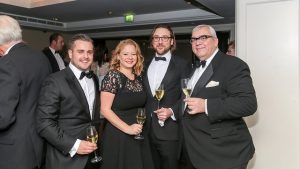 Brian Clivas received special commendation for his help both with the grouse supper and the dinner at The Devonshire Club in April. Serge also thanked fellow officers and committee members for their support and hard work during his three years as President, and Vic Laws in particular for his help in organising the banquet.  He commended Alan Fairbrass for all his work on the history of the Gastronomes and urged guests to visit our lovely new website to see this.

Before the winner was announced, Serge thanked John Cousins – for his work coordinating the new President’s Award – and the other members of the judging panel.  Stephen Martin then announced that winner was 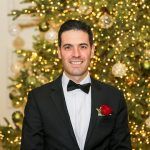 Raúl Martínez, from The Arts Club.  A jubilant Raúl was presented with his trophy and thanked the judges and fellow finalists.

All in all, a wonderful evening, at a fabulous venue! 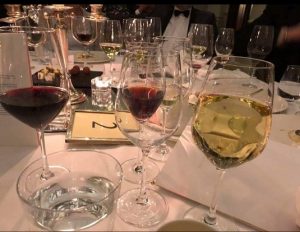