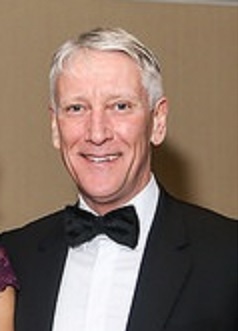 From a very early age I understood that food was the one thing that brings families and people together daily and was therefore something I found really appealing. It was this appreciation and passion for food and people that encouraged me to enter catering and hospitality.

After schooling and training I joined the Hyatt Carlton Tower Hotel, Knightsbridge. The standards set by General Manager Michael Gray, Head Chef Bernard Gaume and F & B Directors Gerard Sintez and David Loewi were the highest and gave me the best F&B schooling.

I moved to Abu Dhabi UAE in 1994, spending 3 years opening new hotel projects for Forte Meridian and Crowne Plaza Hotels before returning to London and the Royal Garden Hotel joining Graham Bamford as his Operations Manager. From there I joined William Cowpe at the Goring Hotel.

I have been Mint Leaf Restaurants Group General Manager for the past 14 years. I consider my most important role is to be an active and visible team leader. To be the person that all my staff feel they can talk with and have access to. The person who can be relied on to be fair and understanding no matter what the issue. The person that keeps the team together and takes a balanced view on all matters and leads by example.

I am very active with my charity work supporting Teens Unite Fighting Cancer, Springboard and The Clink.