Looking under the Pie Crust 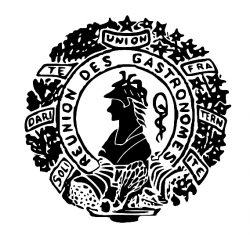 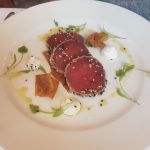 As any Chef knows it is a constant effort to achieve and provide that little something extra or special. The element of visible wonder and to achieve that difference is often paramount. Like a crusted pie the Gastronomes strive constantly to adhere to its objectives and to interpret them in an ever changing culinary world of diversity and excitement. Achieving this takes time, imagination and communication.

Looking under the pie crust is indeed a hive of activity with members contributing in many different ways. The fruition of the regular dinner gatherings are not as simple as calling a restaurant and making a reservation.

The structure of governance under the stewardship of the serving President is  supported by a Committee of Members who also form a Working Group to push forward ideas and to make them happen. Taking account the past and our history, which are firm foundations creating a platform on which to build. 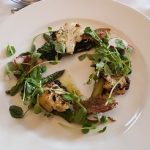 Since its formation the Gastronomes today is not as unique as it was. There are numerous rival organisations and institutions that promote Food, Wine and the excellence of Service in the Hospitality Industry. The Working group recognised this a few years ago and has striven to raise the profile of the Reunion.

This undertaking has had many ingredients. The creation of the President’s Award, to acknowledge and encourage enthusiastic young people in the industry and to recognise their achievements. 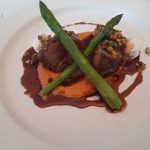 Entering the world of communication by upgrading the platform on which the Website runs and start to rebuild its content. As well as running a Twitter Feed, a LinkedIn presence and in the future other Social Media platforms to raise the awareness of the Reunion des Gastronomes. We also now have a Picture Gallery

We are now documenting via UTube, interviews of Members, so that their career story and experiences in the Industry may inspire those aspiring to take the path of Hospitality as a career. 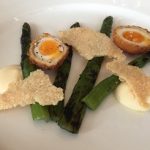 The Members who devote time to the future of the Reunion communicate regularly and meet. Discussions include in particular, ideas for future dining venues to be explored. The diary is already being filled for 2018, with plans for next year’s Summer Outing, the Annual Grouse Supper and the 100th Annual Dinner in November 2018. The Agenda is constantly revised as new inspirations occur. So when you look at the crust be mindful of the complexity of the ingredients underneath and the efforts exuded in the pies production. 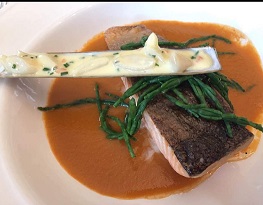 Food pictures are examples of the Fare that can be enjoyed at The Institute of Directors which the Working Group experienced after their last meeting.

Please do click on the blue highlights for further information. 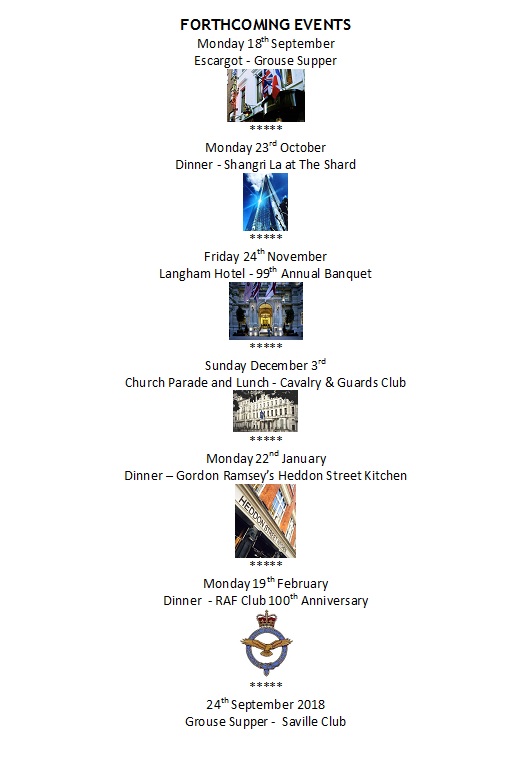