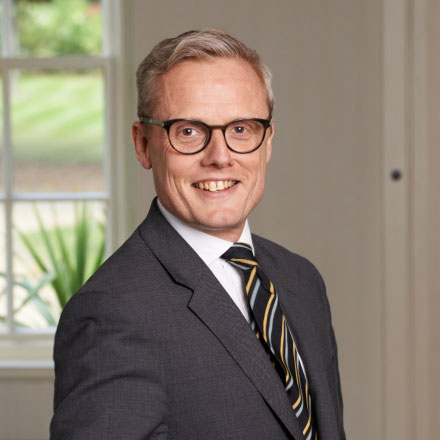 Drive, passion, likeability – all words used to describe this year’s Foodservice Caterer award winner, but these alone don’t bag you a Catey. Ultimately, it comes down to results, and Paul Hurren has those in spades.

He began his hospitality career 32 years ago as a pastry chef before moving front of house, and today he is in charge of corporate fine dining caterer Lusso, a major player within the ever-expanding CH&Co Group. Lusso boasts an annual turnover of £37.5m – its highest to date – and it serves more than 2.5 million meals a year to the media, law, accountancy, insurance and banking sectors. The firm’s record turnover is the result of a stellar performance in 2016, which saw it secure contracts worth £48.7m. More than half of these were signed with new clients, including Accenture, Canary Wharf Group and the head office of Estée Lauder, as well as law firms Mishcon de Reya, Charles Russell Speechlys and Bond Dickinson. At the same time, Hurren has overseen a 100% retention rate that has lasted 18 months and, as such, sales targets for 2016 were smashed by 12% with the year ending £4m up on budget.

But it’s not just about the money. Hurren has ensured a reduction in staff turnover to 19% for 2015/16, down from 23% in the previous period, while the firm’s 81% staff retention rate sits in stark contrast to the industry standard of 76%. Meanwhile, conscientious mentoring, succession planning and promotions have seen eight internal promotions to senior roles, saving £38,000 on recruitment fees.

The judges were also impressed by Hurren’s dedication to supporting the foodservice industry in his role as a fellow of the Institute of Hospitality and, more recently, chair of the Association of Catering Excellence (ACE), during which he has focused on the ‘Next Generation of Future Leaders’ – an initiative aimed at engaging with millennials and nurturing young talent. He has also introduced an under- 25 chef category into the annual ACE Ready Steady Cook challenge and created the ACE Robyns awards, named after Robyn Jones OBE, founder of CH&Co, who died in September 2015. Hurren worked with Jones for many years, joining Charlton House – the company she founded – in 2003 as operations director.

And in the tremendous spirit of giving back, under Hurren’s leadership, ACE has raised more than £20,000 for the Wiggly Worm charity to improve health, well-being and selfesteem among the vulnerable. Of this, £16,000 was generated from ACE’s 80th birthday dinner in February at the Langham London, which was catered for by Michel Roux Jr and attended by its new chef-patron, Adam Handling of the Frog restaurant in London. Hurren’s immense passion for the industry and drive to deliver results make him a very worthy winner of this award.

What the judges said

“Paul has stood out as having led a resurgent Lusso to brilliant growth and consolidation. He’s also found time to give back to our industry via Springboard and ACE. Throughout he remains a popular, friendly and positive character.” Chris Stern

“Paul is a very worthy winner, especially because he has really enhanced the ACE brand and made it open to all levels of people.” Wendy Bartlett

“Paul is an incredibly likeable person. He oozes passion for the industry and has figure-headed Lusso through a key transitional time.” Hannah Horler

Article courtesy of The Caterer