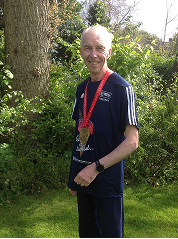 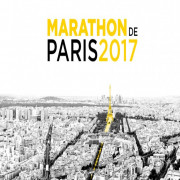 Philippe having reached the age of 70 in March 2017, had held a long planned ambition to mark the milestone by running in both the Paris and London Marathons, as well as running the distance between the two capitals.

The idea was to recognise his mixed Anglo-French parentage, as well as recalling the route his mother had taken when she travelled from Paris to London in 1946 to marry his father.

The Paris Marathon 2017 was 9th April, and the London Marathon 2017 was  23rd April. This gave him just under two weeks to complete the 160 miles between each capital. The distance is as measured via Dieppe-Newhaven, but does not, of course, include the Channel! 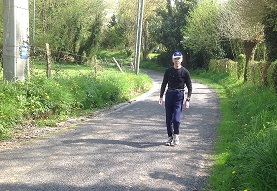 Philippe had a good run in the Paris Marathon in very warm conditions and completed the event in 4hrs 2mins.

Over the next 10 days he covered the 160 miles, with around 100 miles being undertaken in France, and the balance in the UK. This allowed him to have a couple of rest days before the London Marathon which was completed in 4hrs 4mins.

Although he had planned to undertake the running journey for his own pleasure, he thought it might also serve as a useful vehicle to raise money for two key catering industry charities, Hospitality Action and Springboard. 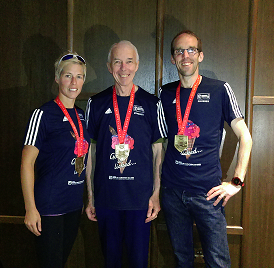 He has been overwhelmed by the generosity of many people, including several members of the Réunion des Gastronomes that has resulted in the donations to date exceeding £3,400. This will be shared equally between the two charities.

Philippe wishes to extend his most grateful thanks to everyone who contributed in this cause.