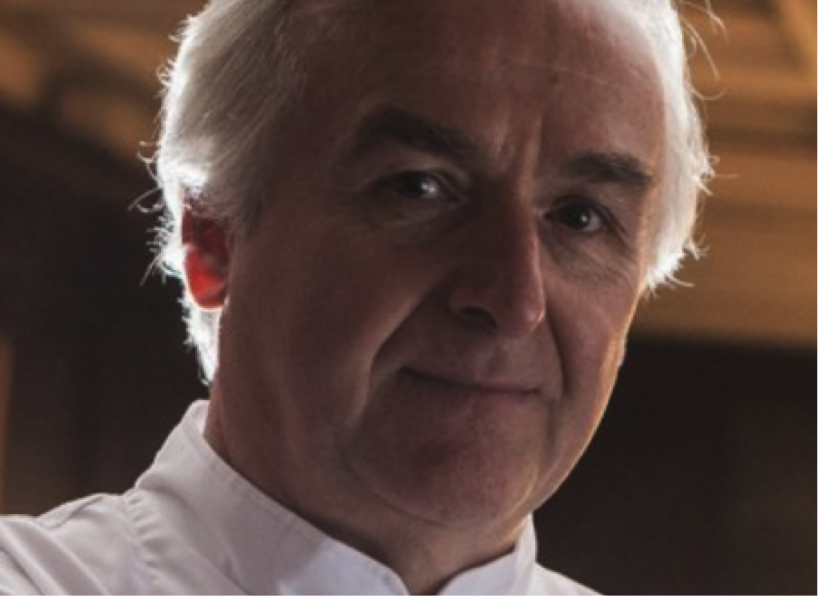 The Hall is quite fascinating, shared as it is by three Livery Companies: the Glaziers, the Scientific Instrument Makers and the Launderers. Built in the early 1800s as a warehouse nestled beside the west side of London Bridge on the Thames’ south bank, the building has been converted into a modern events venue for use by the three Companies and for corporate events.

Following a Champagne and Canapé Reception – Beaumet NV – in the Library, we moved through into the River Room, an open room with floor to ceiling arched windows overlooking the river with superb views across to Fishmongers’ Hall on the north bank.

Our President welcomed our guest speaker, Ruth Duston, Chair of Governors of Westminster Kingsway College and presented her with a cheque on behalf of the College for £1,400 from some of our previous raffles at our dinners. We then enjoyed a fascinating speech from Ruth, who, as well as speaking about some of the College’s development and achievements, presented the Principal’s apologies that he could not be there to receive the cheque himself. She explained that he was at a ceremony that very evening at St James’s Palace where he was receiving the Queen’s Anniversary Prize for Higher and Further Education for 2014-2016 on behalf of the College for its work in Hospitality and Culinary Arts. She said she would be delighted to pass on all of the good wishes proffered by the members of the Reunion on this outstanding achievement.

The President’s award for the Best Meal of the Year was awarded to Herbert Berger for the Immediate Past President’s final dinner held at Innholders’ Hall.

Life’s Kitchen, who are event caterers in the City, provided a fine menu for the evening which had been carefully selected by our President, together with the accompanying wines. A starter of Confit Blythburgh pork and caramelised apple terrine was nicely presented and well-flavoured and served with a Jaffelin St Véran 2013, which also accompanied the fish course of Pan-fried Stone Bass with braised baby fennel and a shellfish bouillabaisse.

The meat course was Truffle scented, slow-cooked fillet of beef, served with sautéed wild mushrooms and celeriac and turnip gratin. The beef was truly very good indeed, if lacking in truffle taste, but it was beautifully tender and served quite rare – and a handsome portion, too – no mean feat for the 60 plus covers that were served. This was accompanied by a very acceptable Haut- Médoc, Château Beaumont 2009. If I have a criticism, it was with the dessert: Dark chocolate and black cherry dome, hazelnut ice-cream and Kirsch syrup. After some carefully crafted courses, what a pity that we were served with a dessert that had so obviously been bought-in. Coffee and petit fours were accompanied by a Kopke 10-year old port.

The President was delighted to announce that the raffle collection that evening (won again by our Hon. Secretary!) had raised £600.