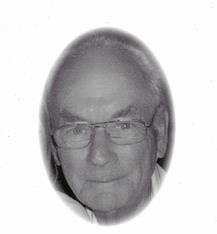 David had been a very active and supportive member of the Réunion since he joined 55years ago in 1958 and was probably our longest serving member ever.

At the time of his joining, the Réunion had only been in existence for 59 years, having been established in 1899. He was a committee member for two periods of nine years and a very vibrant contributor to all the many meetings and Annual General Meetings he attended. He was always very focused and determined to come to a considered solution to any matter that was being discussed by the
committee.

A celebration of his life took place at Beckenham Crematorium and a moving tribute was paid to him by the eldest of his three sons, Gareth. In a full chapel there were many friends and neighbours and the Réunion was well represented by some fifteen members including three Past Presidents. There were also many of his former colleagues the Grand Metropolitan Hotels Group.

Having been educated at Bradfield, David undertook a hotel management training course at the Dorchester Hotel, from where he also did a stage at the Beau Rivage in Lausanne.

At one time he was employed at the Metropole Hotel in Brighton and George Goring recalls that when he was about 11 years old his father took the family to Brighton for lunch to interview David with a view to him running his father’s newly acquired Coburg Hotel, a position which he then held for some eight years. He subsequently left to become the General Manager the Mount Royal Hotel for Grand Metropolitan and held a variety of positions with the group before becoming an Area Director. He then spent a period of some ten years as the Bursar at St Dunstan’s College, London SE6 where his three sons were educated.

David and his wife Jill were married at St Mary Abbot’s Church in Kensington in 1958 when he was employed at the Milestone Hotel and they were pleased to celebrate their golden wedding anniversary at the Grand Hotel in Eastbourne. On his retirement in 1991, they spent a great deal of time in Wales where he was the proud owner of a canal boat. They also travelled widely in the Far East and Australia.

He was an enthusiastic dog walker in the nearby Kelsey Park, when it was sometimes suspected that he went there to enjoy a smoke.

He was always helpful and supportive, demonstrating his interest and kindness to many and was a very loyal friend who will be sadly missed. On behalf of his Mother and Brothers, Gareth particularly thanked everyone who had sent messages of support, not only during David’s long period of illness but also for their recent kindness and sympathy.